COMPANY FOUNDATION AND ITS NAME

The company Blue Shock Race was founded on June 13, 2014, in Liepāja. It is founded by Artis Daugins, the CEO. The idea of developing electric go-karts aimed at taking the next step in the field of electric transport solutions with the intention to improve the technology and find an opportunity to provide society with the knowledge about the possibilities of electric vehicles in the most rational way. Go-karts are the key basis of the entire Motorsports, and what is more – at the most affordable price.
It has always been clear that people associate electricity with blue-white light flashes, and this led to “Blue Shock”. Only “Race” remained to be added to have a link with competitions and speed, thus creating the full name of the company, i.e. “Blue Shock Race”.

The first BSR (Blue Shock Race) prototype of an electric sport go-kart was created in 2015. Having an electric engine with capacity of 30 kW, it reached the speed up to 176 km/h, providing acceleration to 100km/h within approximately 3.5 seconds. Mārtiņš Sesks, the 2018 European Rally champion, was the first pilot to test it. Such pilots like Jānis Baumanis (World RX), Sten Pentus (Formula Renault) and others found it to be competitive in the world of motorsports. Raimonds Vējonis, the President of Latvia in 2015-2019, also provided his opinion regarding this prototype. In the first competitions, it successfully started in Kaunas (Lithuania) in 2015, being piloted by Tomass Kaminskas from Lithuania.

The first BSR go-kart racing hall – Blue Shock Race KidsZone – was opened in Riga in the Trading Centre “Rīga Plaza” on December 17, 2015. The hall was opened just half a year after the company had announced the start of go-karts production. This was the company’s first large project in Latvia. Within the project, an electric go-karts track for children was created, being also combined with virtual game simulations. The hall was created for the young generation to acquire knowledge, inspiration, experience and the feelings of the motorsports activities which are driven only by electricity. 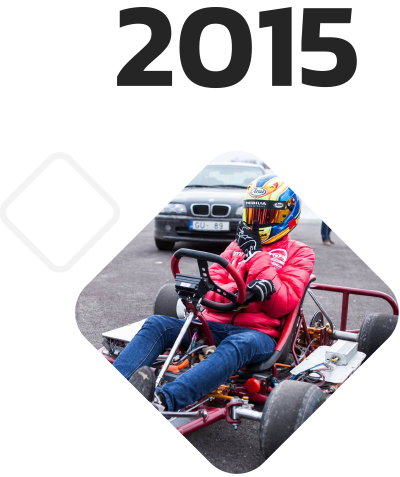 THE SECOND TRACK IN LIEPAJA

After the successful creation of BSR KidsZone, it was decided to create a larger go-kart racing hall in Liepāja. The second BSR go-kart racing hall was opened on June 7, 2016 and named as BSR Liepāja. Initially, only racing with electric go-karts were offered, but later, thanks to high attendance, another entertainment activities were introduced. This hall was one of the places where new and improved rent-intended go-karts were tested. A racing school was created then, employing as coaches Mārtiņš Sesks, ERC champion, and later Viktors Ellers (Rallycross).
At this school, children developed their driving skills and abilities, as well as acquired knowledge about advantages of electric go-karts in comparison with go-karts driven by internal combustion engines. Not only go-karts for children, but also adults models are available in the hall, giving more people the opportunity to enjoy and appreciate the advantages of electric go-karts. The Liepāja go-kart racing hall was visited by such persons like UAE ambassador and Latvian rock stars.

In February 2017, BSR electric go-karts were first time exported from Latvia to Uzbekistan. The first samples crossed the Latvian border and went to the world. 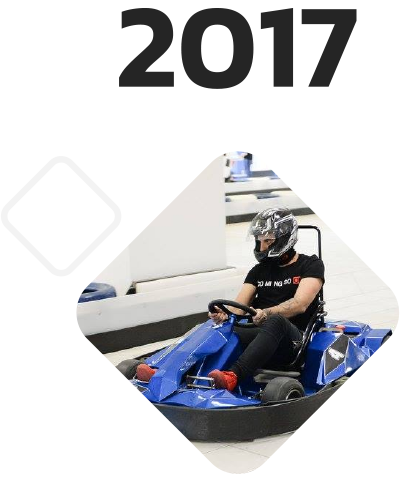 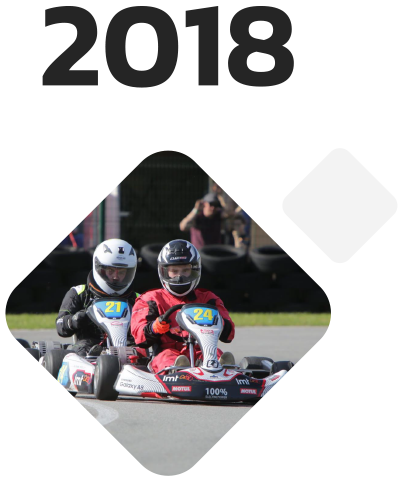 The World’s First national Electric Go-Karts Championship was created in collaboration with the LMT Motorsports Academy. Its first stage took place on May 1, 2018 in Kandava. The main supporters of this event were Latvijas Mobilais Telefons (LMT), Samsung, Latvian Automobile Federation (LAF) and others.
Joan Todt, the president of the International Automobile Federation (FIA), honoured Latvia and the National Electric Go-Karts Championship by his arrival to the motorsport summit, welcoming the use of electricity in the motorsports at national level.

The Blue Shock Race first time started a crowdfunding campaign with Fundwise, attracting additional resources for development of production capacities and certification. Totally, 138 investors invested 212 000.00 EUR within the campaign, and the BSR team joined Aigars Zviedris, the two-time Latvian go-kart racing champion with 38 years of experience in the field of kart racing.

BSR19 THE NEW GO-KART FOR RENTAL

On March 1, 2019, we started collaboration with one of the largest British manufacturers of go-karts – Gilliard Racing Karts – concerning manufacturing of chassis for BSR sports go-karts. The first racing go-karts created within this collaboration were tested in London. The new chassis are more dynamic, durable, adapted to installation of electrical circuit and homologated by FIA-CIK. Later, on April 18, 2019, the new go-karts were presented to the Motorsport UK with the aim to make the United Kingdom one of the countries that has its own national championship for electric go-karts. 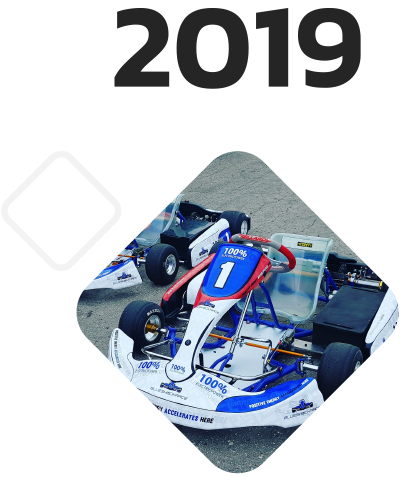 We looking for champions – are you?